The great Feast of Pentecost - 23rd May - Are you ready? 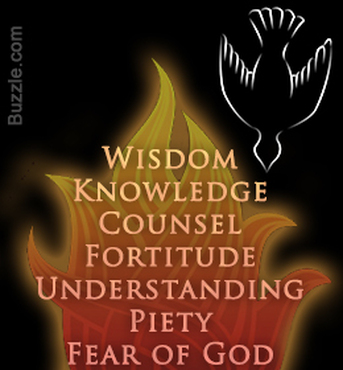 The beginning of Acts 2 reads like a script from a Hollywood movie:

'When the day of Pentecost had come, they were all together in one place. And suddenly from heaven there came a sound like the rush of a violent wind, and it filled the entire house where they were sitting.'

On Pentecost Sunday, God breathed the Holy Spirit into the apostles to remind them that they were not alone. Jesus had died, risen from the dead, and ascended into heaven. Jesus’ followers were afraid and unsure of their future. The Holy Spirit came to comfort them even though Jesus wasn’t there to physically comfort them any more.


Pentecost is a Greek word that means “fiftieth.” It was the Greek name used for the Hebrew holy day called Shavuot. It was and is the Jewish festival celebrating the first wheat harvest of the year. It happens seven weeks after the second day of Passover, in other words 50 days after Passover. Thus “pentecost” meaning “fiftieth.” In the first century, Shavuot was one of the three festivals in which Jews travelled to Jerusalem to celebrate at the temple. (The other two are Passover and Sukkot.) This is why, as described in Acts, there were so many foreigners speaking so many different languages milling about in the streets.
If you would like a brief guide to Pentecost then watch the 2 minute film below.